I aimed for the spot where the pig was sitting between the arches. With the usual high arc on the second bird, I was able to get it through that plank and nestle it between the base of the two arches, which blew both to smithereens for k. Use another Black for debris destruction. The explosion really destroyed things! Thank you iamMighty your tip got me almost 5 clicks above average — fun to finally see those bricks get pulverized the right way! BB explored and takes out first tunnel and part of second middle tunnel.

That made the second shot as simple as can be — just fire head-on into the remaining arch. Specially if your BB pops above water just under the second bridge, and you detonate on time. The explosion really destroyed things! Then send one under water under the first bridge and it will destroy the weaken 2nd bridge. But I gotta say.. This got the first semi circle and pig below.

Thanks for your tips? If you’re interested in supporting AngryBirdsNest or RocketPond please contact us or check out our advertising rates.

You will find your bird sliding up to the surface quite nicely, right where it needs to be for taking out all or part of the center section of bridge. Used this method last, after getting better at my technique with the help of suggestion by iamMighty above — and got over ! I noticed that this makes a huge difference. I was frustrated, but I kept trying, and on one attempt I saw that even though only the first arch had been destroyed by the first bird, there was very little debris above the stone plank between the center and right arches.

I was having so walkkthrough fun blowing up the arches over and over that I hit two sweet spots in a row. 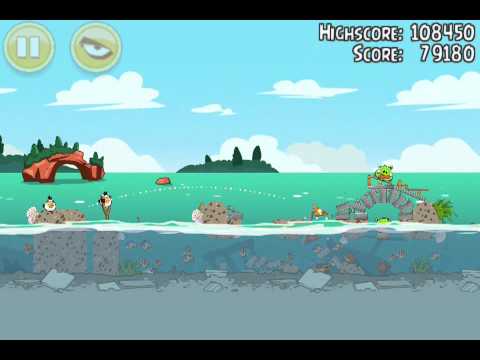 You want to aim towards the edge of white tray —so the BB starts to go up at that point. I agree, one of the keys to good destruction here, when shooting underwater, is to manually detonate when the bird pops up out of the water. Then I sent second BB in at the two little wood pieces at the very left where the first slanted one meets the second one. I HOPE this explains it better, than before. With the usual high arc on the second bird, I was able to get it through that plank and nestle it between the base of the two arches, which blew both to smithereens for k.

I cleared the pigs with two shots, but fired the third, white to take out more blocks to up the score. You guys are luckier than I am.

If you bomb the the 1st arch, debris will block your way to the 2nd arch. Takes out much of blocks and the remaining two pigs that were underneath the second and third bridge. I got first bomb to explode on pop up get a lot of angru. 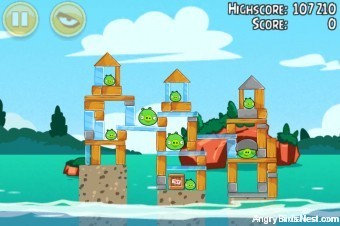 First BB underwater to pop up on right of pig in left-most arch. The bird broke through the wooden plank and settled down in between the rocks of the two arches. It is really a pain to get enough clearance between the middle and right arch to get the 2nd Walkthroygh to snuggle in and blow both of them.

Detonate when BB jumps out of the water in this sweet spot or let it self-explode.

Just make sure that the bird is as close as possible to the bottom right stone block of the first arch when you detonate it. Yup this is the way to go. Destroy the first arch from underneath, weakening the middle arch in the process. Anouther pretty highscore for me: I am still struggling to get the average, but I will keep flingling away. It only worked for me—when the BB went up and to the right in the first tunnel.

Thank you Thank you…I don;t know what the old top score was…What do we need to eran a doggy? Same strategy going under the left arch with the 1st shot. 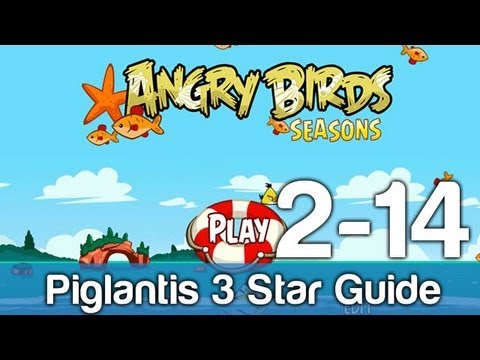 I have gotten the second shot a few times, but not with as much damage. I have been trying this for hours. Usually true, except for me on level You need some of this to clear out the ropes on top to get the 2nd bomb down into that space between.

Nope, the last one is pretty hard to spot… thought I had it but one more to go. Behind that is a green island with some trees. Send one BB high to the junction between the 2nd and 3rd bridge.